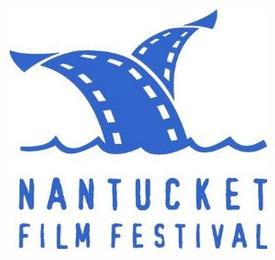 The competition is named after the late Winston Tony Cox, former Showtime Networks Chairman and longtime Nantucket summer resident. Throughout his career, Cox was devoted to highlighting the important role of the writer in bringing high-quality original content to cable television. Tony's legacy has helped establish a prestigious reputation for the Competition whose highly vetted finalists command notice from producers and development executives nation wide. Show More

PILGRIM OF ETERNITY is the edgy, contemporary story of how radical politics, subversive sexuality, and the media unite to create and then destroy the early nineteenth century English poet Lord Byron -- the world's first media superstar.

"Byron first attracted me as a subject because his life is such a great story," said Arthur. "One of his lovers, the wife of a future Prime Minister of England, called him 'mad, bad and dangerous to know.' But as I learned more about him, I found he was much more than a poet and celebrity. He was a real hero."

This is not a Byron people have seen before. Famous at the age of twenty-four for his overnight success as a poet, Byron became a champion of the oppressed workers known as Luddites. A radical politician and passionate bisexual, he was persecuted by the English authorities, yet went on to write his greatest works.

Arthur added, "The issues of Byron's day -- the gap between rich and poor, workers' rights, gay rights, protests against the internationalization of industry, are still very much with us today. I realized that Byron's struggle and fate have important things to teach us about our own society and where we choose to take it."

The prize-winning screenplay is Mr. Arthur's third. He has also written TIME OF THE JAGUAR, which focuses on a shaman and his grandson caught up in the crisis of the Amazonian rainforest, and LOVE IN A WARMER CLIME, which tells the true story of Mrs. Winston Churchill's love affair with a younger man while on an expedition to Indonesia to capture a Komodo Dragon. LOVE IN A WARMER CLIME placed in the Maui/AFI Screenwriting Competition last year.

Mr. Arthur is currently at work on a contemporary political thriller. He lives in Cambridge, Massachusetts and has established EarthHart Productions as an independent production company to create films which support individual rights and people's connection with the natural world.

The Nantucket Film Festival was founded in 1996 to recognize original voices in film and honor the screenwriters who created them. Other screenwriting finalists for 2001:

Destiny With Serapis By Jack DuBois