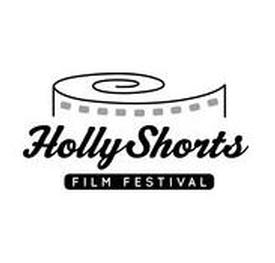 If selected, I hereby grant permission to produce and screen the above mentioned as part of the HollyShorts Screenplay Contest. In addition, proceeds made by HollyShorts will go to HollyShorts, selected charities and sponsors. Submission information and screenplays will be utilized solely for the purpose of helping the selected parties advance their careers by showcasing the work to industry peers and executives.

Quarter finalists (top 50) and Semi Finalists (top 25 screenplays) get an all access pass to the HollyShorts Film Festival and are invited to the awards event at Harmony Gold August 17th in Hollywood where we will announce the top 3 Finalists and Grand Prize winner. Final Draft Software to the winners, and ISA will award a finalist with a prize. Grand Prize first place screenplay winning an Seattle Film Summit and abundant productions deal to get produced by HollyShorts, with the completed film screening in the festival.

6,000 submissions, 400 official selections, and 10 days later, the HollyShorts Film Festival has announced their top 36 prizes for their landmark 15th year. On Saturday at Harmony Gold in Hollywood, three of the festival’s films officially became qualified to be in the running for an Academy AwardⓇ in 2020. This year marked the biggest prize packages for filmmakers as well, including prizes from Impossible Dream, Studio 21, Film Augusta, Seattle Film Summit, Buffalo 8, Stampede Ventures, Kodak, Panavision, PaperChase Films, ISA and more.

"Homesick" was recognized with two top prizes including Best Director and Best Grand Jury Impossible Dream Award, which will be turned into a feature courtesy of Impossible Dream Entertainment and is notably one of the biggest prizes of the night. "Mum&#39;s Hairpins" took home the Best International Award which includes a generous roundtrip to London and badges to C21’s Content London, courtesy of Studio 21; at the conference they will have the opportunity to pitch their shorts as a series. Best Screenplay is sponsored by Seattle Film Summit for the second year in a row and the winner "Desmond’s Not Here Anymore" will see the script made into a short and premiered at HollyShorts 2020. Film Augusta will be flying out both Best Comedy "Adams" and Best Drama "The Neighbors&#39; Window" to Augusta, Georgia to meet with Mayor Hardie Davis Jr. and the Augusta Film Commission. "Esta Es Tu Cuba" won the Best Panavision Future Filmmaker Award and will receive $15K Camera Package from Panavision. Stampede Ventures awarded "Tangles and Knots" the Best Female Director Award, "STARBOY" went on to win Revry’s Distribution deal for Best LGBTQ+, "The Old Wolves Club" was awarded the PaperChase Film PitchFest Award, and "T A L K" won the ISA Story Award. The Full List of Awards Winners Are (in alphabetical order):