To find the best GENRE scripts.

Genre scripts are bought and produced more than 10 to 1 over the serious drama, tentpole or quirky scripts that usually win screenplay contests.

Over $25,000 in cash and prizes plus industry promotion to nearly 10,000 producers, agents and managers. Screenplays compete in 5 different genre categories: Action/Adventure/Thriller, Comedy, Drama, Family/Teen/Animation and Sci-Fi/Fantasy/Horror.

Top winners get guaranteed reads from producers and managers. Interested parties also watch the lists of those who advance to the late rounds -- even if you don't win, you still might get a nibble!

An interview with screenwriter Andrew Garrett regarding the StoryPros Awards Writing Competition. 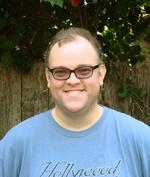 Andrew Garrett
Q: What's the title of the script you entered in this contest, and what's it about?

A: "Local Sugar". It's a loose and lively re-imagining of "Froggy Went A' Courtin'" set in a skewed version of 1970s Louisiana, with the frog as the bad guy.

A: The StoryPros Awards contest was highly rated on MovieBytes and had a Family/Teen/Animation category. It takes one, the other, or both for me to enter a contest. It was also a two-category winner in the Love Unlimited Film Festival, a contest not yet listed on MovieBytes.

I have placed in other contests such as the New Media Film Festival (Finalist), and made progress in a slew of others--please check out:

A: Jeff over at StoryPros lets you know how everything's going at each stage of the contest. They are still working on getting this year's awards out to everybody but it is progressing.

A: I did take my time with this script--I would say a couple of years, but always in bigger chunks when my video game day job was not in constant overtime!

I had a general outline when I began--I wanted to evoke the structure of the original folk song that inspired the story. I did very little outlining before launching straight into pages, though I have extensively outlined other stories.

Revision, and constant revision, are a part of my usual writing process. I could not point to a first draft, second draft, and so on. It's all a rolling draft until someone tells me to stop!

A: I used Final Draft (will be upgrading to the newest soon). I will be giving Movie Magic Screenwriter a try soon thanks to the contest.

Beyond general word processing (all hail OpenOffice!) I don't use many software packages. I have tried some query tracking programs but they haven't been geared toward screenwriters or contests...

A: When I am in full-on writing mode (and not preoccupied with promotion) I write for around four hours per day, three times a week. Sometimes I get bonus time on the weekends.

Working around my daughter's school schedule and the busy house I live in, that's been my experience. I hope to have a dedicated office again soon.

A: Yes, I do get writer's block. I generally switch to a different form of expression or activity--read a book, play guitar, work out. But sometimes I just stare at the blank page until I get fed up with myself and peck out an attempt, no matter how poor.

When I am not fully committed to a project, I may hop between them, and tackle a different set of writing problems. Those times are rare.

A: "Outstanding In The Field" is a modern-day fantasy, and "A Whisker Past Midnight" is a WWII thriller--both for animation. "Only In America", my first co-written script, is a live-action Vietnam War-era drama. None have been produced yet.

I have projects in the hopper ranging from reality concepts to cookbooks, but animation always draws me back into its orbit.

A: I have lived in the Los Angeles area before--from 2000 to 2012. It can be expensive, but it's the place to be for work and education in the entertainment industry.

I would certainly move back for the right reasons--i.e. if writing work or other development-related opportunities require it.

A: My latest script is for animation (tough sell!) and is a period piece (also tough!)--set in the Napoleonic era. Like another of my previous scripts it is based on a true story, but I'll have to fictionalize this one a bit more as there are a peculiar set of gaps to fill.

After my current script, I am forcing myself to balance my live action work with animation--trying to stay flexible!