Find out how to FINANCE YOUR FILM WITH A PHONE CALL. Money for Your Movie: Guaranteed!
Login 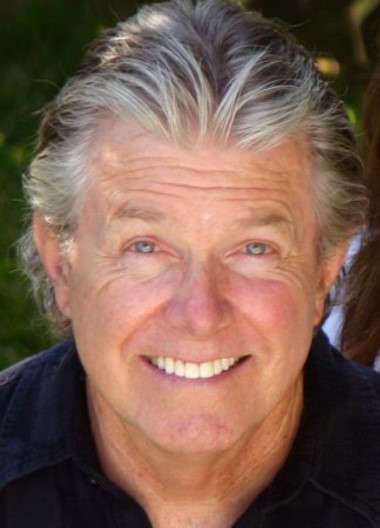 Bob McCullough, founder of Wiki: The World's FASTEST Screenplay Contest, and The Santa Barbara International Screenplay Awards, was born and raised in Los Angeles, and attended Beverly Hills High School and USC. He went to graduate school at the University of Texas where he studied film and television before embarking on a successful career as a TV writer.

MovieBytes: You have a long list of TV credits on IMDB. Can you talk about how you broke in as a writer?

A: While in grad school, I'd been invited to participate in an industry seminar at Stanford. While there, I met every studio head and network president and agency chief. Very heady stuff. I collected business cards for a solid week, and schmoozed like a maniac. I wound up getting a job at Paramount Studios as a gopher on some major hit TV productions. Once again, I saw that the writers were the ones having the most fun and enjoying the most clout. I'd been writing spec scripts for half the shows on that lot, and I finally got a producer to read one of them. I got a friendly pat on the head, but he also gave me a ton of scribbled notes about how the script needed to be rewritten. Of course, by the time I'd finished rewriting it (on spec, of course), the show was cancelled and the producer was gone. But I never stopped writing, and eventually, the producer of Bionic Woman saw my stuff and that I was a maniac who wasn't going to stop handing him story ideas ... and he bought "In This Corner, Jaime Sommers." I was an overnight "success" after eight years of writing and a fairly monastic lifestyle.

MovieBytes: How has the industry changed since then? Do you think it's easier or harder for new writers to break in?

A: The industry has changed in more ways that I can count, but it's still the same "closed shop" where breaking in requires one to actually break in however they can. I don't care if you're a cinematographer, hairdresser, or writer; it's about getting to the right person who can pull you out of the crowd and shove you in the right direction. I'm painfully aware that there are a bazillion writers out there who are far more talented than I may be. But the key is opportunity, and one often has to create their own. The trick is to be absolutely ready when you finally do create that opportunity. For a writer, that means having a professional-grade mastery of the craft and at least a handful of scripts you're not embarrassed to show to anyone who can pull you out of that crowd.

MovieBytes: Do you think it's important for film and television writers to live in Los Angeles?

A: If you're working on a feature film career, I don't think it matters where you live...as long as you have Zoom and high-speed internet access and enough cash in the bank to buy a plane ticket on short notice (so you can respond to that "we want to meet you" phone call). The majority of the world's television production, however, originates from offices in SoCal. That's where the writers rooms are, as well as the networks and production studios. While residing in the L.A. area may not be a requirement for established writers who are able to conduct their business via Zoom, new writers will generally be called upon for "meet-and-greet" and pitch meetings. I don't personally believe it's very effective to begin a career as a television writer while living in Novia Scotia...or Omaha. So the short answer is: go where the action is.

MovieBytes: How did you get your first agent? How big a role have your representative(s) played in the development of your writing career?

A: I had just sold my very first script to a major hit show (Bionic Woman). I quickly sold another script to Six Million Dollar Man. By then I'd met a couple of agents, and the first one who told me he could get me on a staff I signed with. He was aggressive and knew all the players, and I certainly didn't. He got me that first staff job and suddenly agents were finding me and offering their services. The first one who said I was ready to become a writer-producer caught my attention. He was instrumental in moving me up the ladder quickly by getting me meetings with those who were hiring. The secret to all of this, of course, is to be "good in a meeting," which is a skill that I'm not sure can be taught. It helps to be a good talker and to be able to "read" others in the room. It also helps to know when to shut up and let the other folks do the talking!

MovieBytes: You're managing a couple of different screenwriting contests listed on MovieBytes, the Wiki Contest, and the Santa Barbara International Screenwriting Awards. What led you to start these contests?

A: For the past twenty years people have been coming up to me and my wife (she's a writer as well) with "Could you please read my script and tell me what you think?" After doing that a few thousand times, I realized that what aspiring writers really, really need is an honest response to their material. I tested the waters at some of the major screenplay contests and discovered that the majority of them were using unpaid, uncredited interns fresh out of...wherever...and that they were pulling scores and commentary out of a hat, always giving glowing feedback when it wasn't necessarily warranted. They're in the "attaboy" business, which might feel good to a writer, but which does absolutely nothing to further the development of their skills, career, or any specific piece of material. So, working on the principal of "honest, meaningful, sometimes painful" analysis, my wife and I pulled together some seriously qualified teams who actually know WTF they're talking about when breaking down a script. What our contests provide is far more than mere studio "coverage" which is rarely meaningful to a writer and is only provided as a way of saving studio execs and producers the trouble of reading through 10,000 scripts to find a real winner. Some call our contests "brutally honest," and I take that as a compliment.

A: As I mentioned, the business has changed dramatically over the past several years. Studios, production companies, agencies, and literary managers simply don't have the time or resources to appraise work from new, uncredited writers. Sending your script to any of them is 99.99% pointless; they'll either return it unread or simply toss it into a dumpster (you should see the dumpsters behind agency offices!). But when a legit competition like either The Wiki or The Santa Barbara International Screenplay Contest ranks a script as a Finalist or Winner...the work is done for the studio development office or the agency. Contests have actually become the most efficient path for writers to gain access to buyers...and buyers are now looking to us to send them the best of the best.

MovieBytes: Who judges the competitions that you manage? What kind of qualifications do you look for when you're selecting your judges? Do you use the same judges for both contests?

A: Many of our reader-analysts have fairly prestigious backgrounds as filmmakers, award-winning writers, highly-credited actors, and seasoned academics in the field. Initial rounds of scoring and analysis are performed by this professional (and highly paid) team; subsequent reading rounds are performed by senior-level judges who you'll see on the competition web pages. The Wiki and The Santa Barbara International Screenplay Awards have separate and distinct judging panels with no crossover.

A: The reality is that at the professional level (studios, producers, directors, etc.) nobody actually likes to read, and those pros are simply too busy to spend time "hoping" that a script gets better as they read it. So those first ten pages had better cover a lot of ground in terms of quickly and efficiently setting up the genre, protagonist, antagonist, and the overall tone of the movie...and those pages had better be impeccable in terms of formatting and writing. Nobody in the business will read past page 10 if they get that far and still can't understand exactly what is going on, who to root for, and what makes the piece impossible to reject. Hooking the reader is absolutely essential, and failing to do so will get a script tossed no later than page 10.

MovieBytes: What are the most common mistakes that new writers make? Are there any common denominators among your contest-winning scripts?

A: The one thing we see so much of—and there's really no reason for it—is failure to proofread and format correctly. A single typo won't get a script rejected, but typos on the majority of pages will. Lousy grammar or stilted composition or flat, meaningless dialogue is an absolute no-no. The second thing we see a lot of that hurts an entry is overwriting. Most scripts are too long, too wordy, too expositional. Film/TV is a visual medium, and the script needs to reflect that. The cliché is true: show, don't tell.

Winning scripts for either contest are simply impossible to put down. I don't care if the dog is barking or the phone is ringing...if the script is a winner, the dog and the phone will have to wait.

MovieBytes: What advice can you offer to someone struggling to break into the industry as a film or TV writer?

A: Realizing that "free advice is worth what you're paying for it," I do believe that the secret to breaking in is twofold: have a lot of really good scripts in hand that have either won or placed as Finalist at a reputable competition (like The Wiki or The Santa Barbara International Screenplay Awards...'scuse the shameless plug), hone your personal meeting skills (know how to pitch quickly and effortlessly), and be "available." That means that if you get invited to a meeting, you'd better not show up late or decline because your day job makes it impossible. If you're a writer, your "day job" (whether you're making a living at it or not) is writing, and everything else is just bus fare...and personally, I hate taking the bus.