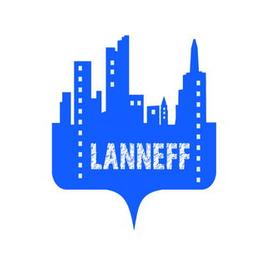 3. Carey Westbrook and his top notch L.A. Neo Noir associates have co-produced numerous webisode series this year, including the highly successful RATE MY WEEKNIGHT, as seen on lanneff. Show More

3. Carey Westbrook and his top notch L.A. Neo Noir associates have co-produced numerous webisode series this year, including the highly successful RATE MY WEEKNIGHT, as seen on lanneff.com Everyone who enters this year's festival is a welcome guest on this year's webisode, NEO NOIR FANTASY. We will screen the winners' interviews on our website and EVERY submitter will have that marketing tool to add to their project, acting talent, and overall path to conquering Hollywood!

Recent events, for the first time in our festival's eight year history, have persuaded us to hold this year's festival online. That being said...

"DOWN THESE MEAN STREETS A MAN MUST GO...WHO IS NEITHER TARNISHED NOR AFRAID." - RAYMOND CHANDLER

It has been hailed by L.A. Weekly as the festival with "THE WORLD'S SEXIEST DARKEST CRIME SHORT FILMS." From Friday, May 30th to Sunday, June 1st, LIVE FROM DOWNTOWN LOS ANGELES, lanneff.com in association with deathholesweeties.com will be screening THE 2020 L.A. NEO NOIR, NOVEL, FILM, AND SCRIPT FEST 8 (LANNEFF)!

$100 for Best Film, $100 for Best Script, a paid webisode series offer for the best femme fatale and neo noir actor and many other prizes. Each winner will have their film in it's entirety or excerpts, if so desired, live streamed on a private link where our entire neo noir roster of neo noir producers, in the hundreds, can see their masterpiece. Carey Westbrook will offer free consultation to EVERY SINGLE person selected to participate in this festival, and selected winners will receive a distribution offer from SMG Films. See the list above regarding people who have found benefit from this consultation. It's a great list. You would do well to be on that list. Every writing submission entered also receives a trailer based on their story, and each writing submission, that is an official selection, will be featured on the L.A. Neo Noir website as well, live streamed from Hollywood California.