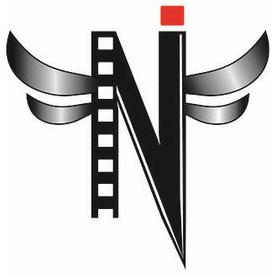 Our mission is to bring a slice of Hollywood to the Northern Virginia and Greater Washington, DC Metro area by promoting the artistically and culturally significant film arts through education and exhibition. We produce a premiere event celebrating action in front of and behind the camera.

We are accepting submissions for feature and short Narrative, Documentary, Screenplays, Music Videos and Art & Design. Shorts will play prior to a feature or in a shorts program. All genres are welcome. The festival programming staff will place your film in the appropriate category.

All entries will be judged on content, creativity, imagery, story and skill of the filmmaker. Productions produced from 2008 to August 2014 may be submitted. Works in progress will be accepted. All films must be submitted on DVD (Region 1) for consideration by the Selection Committee.

All entries must be sent to the Northern Virginia International Film Festival. Videos and DVDs submitted will not be returned unless accompanied by SASE. Films selected for the NOVA Film Fest will be announced no later than March 25, 2015.

All presentation materials for the Northern Virginia International Film Festival must arrive in Virginia no later than March 20, 2015. Please notify us by mail, fax or email of any address changes.

The Northern Virginia International Film Festival is hereby granted the right to utilize footage and promotional materials supplied by the submitting agent from any film submitted and accepted film, video, or project for exhibition at the Festival for promotional purposes. All accepted filmmakers agree that the NOVA International Film Festival may use footage from their projects in order to promote the festival, their film or the NOVA Film Fest Event via print, web and broadcast television. The individual or corporation submitting the film hereby warrants that it is authorized to commit the film for screening, and understands and accepts these requirements and regulations. The submitters shall indemnify and hold harmless the Northern Virginia International Film Festival, it's vendors, sponsors and supporters from and against any and all claims, liabilities, losses, damages, and expenses (including but not limited to attorney's fees, and costs of the court) which may be incurred by reason of any claim involving copyright, trademark, credits, publicity, screening, and loss of or damage to the screening videos entered.

Award winners receive their awards at our Awards Ceremony.