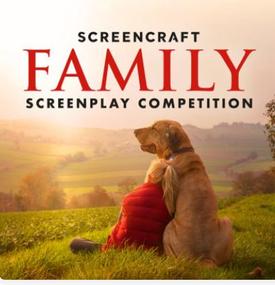 Families are the most influential moviegoing audience, yet there’s a surprising lack of high-quality films that appeal to the WHOLE family. This contest avoids the genre-bias of some other contests by seeking exclusively scripts that are life-affirming stories of faith, courage, hope and love. Whether you have a family drama, comedy, animation, or action-adventure film – we have producers and executives who are hungry for high-quality “four-quadrant” projects to package and produce.

Nickerbacher by Terry John Barto has been named the winner of the 2017 ScreenCraft Family-Friendly Screenplay Contest. Repeatedly praised for its unique premise and strong character dynamics, it is an innovative story of a dragon who moves to Los Angeles to pursue a career as a comedian and paves the way for civil rights.

Parents by Bruce Kalish has been named runner-up. The script was praised by the jury for its distinctive voice. It tells the story of three too-old-to-be-adopted orphans getting one last chance with a pair of naive androids.

Both of these screenplays have four-quadrant appeal and voice that consistently jumps off the page.

Here are the well-crafted finalists that comprise the rest of the top ten finalists from this year’s submissions:

In addition to the ScreenCraft team, the judges included:

And Josh Nadler, Director of Development at Sony’s Affirm Films, the studio behind Soul Surfer, Courageous, Miracles From Heaven and more successful and acclaimed faith-friendly films.

The top two winners will receive cash prizes and consultations with literary managers.