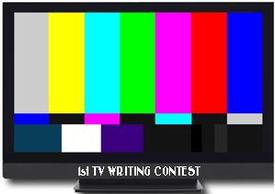 To make Hollywood more accessible than ever before to more aspiring screenwriters, 1st TV Script Writing Competition is forming strategic alliances with the powers that be in Film & TV, who are on the lookout for exceptional talent and TV scripts.

The 1st TV Script Writing Competition is presented by FilmMakers Magazine. It wasn't that long ago that for a writer to get discovered he or she had to reside in or around Hollywood. Not anymore. The Film Industry is changing rapidly and so are the players and the playground.

Submit your work to an organization that stood the test of time. Show More

To make Hollywood more accessible than ever before to more aspiring screenwriters, 1st TV Script Writing Competition is forming strategic alliances with the powers that be in Film & TV, who are on the lookout for exceptional talent and TV scripts.

The 1st TV Script Writing Competition is presented by FilmMakers Magazine. It wasn't that long ago that for a writer to get discovered he or she had to reside in or around Hollywood. Not anymore. The Film Industry is changing rapidly and so are the players and the playground.

Submit your work to an organization that stood the test of time. Let our team at 1st TV Script Writing Competition Champion your creative property and be your ally in presenting same to the powers that be.

For Rules and Guidelines please visit us at: http://filmmakers.com/contests/tv/#Rules

GRAND PRIZE WINNER (FROM ALL CATEGORIES)

ELITE PRIZE WINNER - ALL OTHER CATEGORIES

A) Emerging Artist Award Certificate for 2nd Best screenplay in a category.
B) an Official Selection laurel 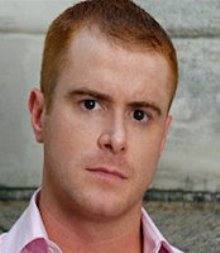 Griffith directed his feature film debut, "Thank You, Good Night". "TYGN", starring Mark Hamill ("Star Wars"), Christian Campbell ("Reefer Madness"), Sally Kirkland ("JFK"), and John Paul Pitoc ("Six Feet Under"), garnered high praise at film festivals across the country and won a Jury Prize award for best feature film. He co-wrote the lyrics for the movie's hit songs, "Not in High School Anymore" and "Fifth of July". After a hiatus from film to work in digital marketing--redefining customer brand experiences for Emirates, Salesforce, Visa, Pokemon, and many others firms--Griffith returned to directing in 2015 with the festival winning short film "No Woman's Face Remember", which he also wrote.

Logline: A New York City playboy decides to move back to his hometown in Waterloo, Iowa to take over his late uncle's tractor company.

I knew I wanted to be screenwriter when growing up in a broken home in Orange County, California, and later in my teen years in Waterloo, Iowa, the only escape I had were my weekly trips to the multiplex cinema. I was ten years old washing cars just to make enough money to afford a matinee, then sneak into the other theaters--anything just to not be home. I saw everything--rated R movies like NIGHTMARE ON ELM STREET or even random James Brooks movies like BROADCAST NEWS. When I couldn't get to the movies I would write stories in my head, locking myself in my room for hours making up television shows and recording them on audio cassette--full with narration and making fake commercials.

I know I've succeeded when-- When anyone transacts with my writing. The best is when someone gives me a note that shows they really took the time to read my material. As a film director, it's difficult to not "direct behind the keyboard" when I write. The details have to be just enough to give the reader context, but it's very gratifying to see when the reader brings their imagination to the work as well.

My inspiration to write Waterloo when-- I've always felt that Waterloo, Iowa is a microcosm for whatever is going on in America. As cliché as it sounds, it's a city that has had to reinvent itself so many times from so many failures. Factories have come and gone, crime invades the city in spurts as its nestled between the drug trafficking corridor between St. Louis and Minneapolis/St.Paul, known as "Avenue of the Saints", in a state with political significance with the Iowa Caucuses, and a small city with racial tension divided by the Cedar River. It's GREEN ACRES meets THE WIRE.

FilmMakers Magazine: What inspired you to write?

Chuck Griffith: I got my first typewriter...yes, TYPEWRITER, when I was eight years old. My grandmother bought me one because she noticed I read so much. She told me stories don't write themselves. It all started with typed out poetry drenched in whiteout.

FilmMakers Magazine: Is this your first script and how long did it take you to complete?

Chuck Griffith: Waterloo is the first script I've written that has gained much more traction for me than anything else--screenplay or otherwise. I've been writing screenplays for year, but took a break to work on a novel and get a day job in advertising. Waterloo's story started out a bit thin ten years ago, but I knew something was there when I revisited it last year. The winning draft is a year's worth of weekly, sometimes daily, rewrites after a long workday.

FilmMakers Magazine: Do you have a set routine, place and time management for writing?

Chuck Griffith: Because writing isn't my primary vocation, I usually default to Saturday mornings and Sunday evenings for scheduled writing times. I like to marinate an idea for a while, which typically results in a trip out of town or the country to get inspired. The tough part is having so many plans for future episodes and unsure if they'll ever get made into a real show. I have a detailed outline of the first season with a broader vision for a five-season arc.

FilmMakers Magazine: Do you believe screenplay contests are important for aspiring screenwriters and why?

Chuck Griffith: Absolutely. I don't recall hearing much about them ten years ago, but the internet has changed all of that. Services like FilmFreeway and Withoutabox really help surface so many contests. 1st TV Script Writing Contest has a great process in allowing revised submissions as each round advances. I paid for the extra script coverage, which nurtured my writing along. It was like a workshop and very motivating to know a reader was transacting with the work.

FilmMakers Magazine: What influenced you to enter the 1st TV Script Writing Contest?

Chuck Griffith: 1st TV Script Writing Contest felt like it was going to take the process very seriously. I mean, WATERLOO is my first TV script and I was sort of writing in the dark. I read advice on how to write for television in books and online, but this contest attracted me because it was for that first TV script and wanted to help nurture or launch a career.

FilmMakers Magazine: What script would you urge aspiring writers to read and why?

Chuck Griffith: THE SQUID AND THE WHALE by Noah Baumbach--granted, not a TV script, but with the way storytelling has advanced with more premium cinematic flare in television such as AMC and Netflix, writers should be working from great scripts. SQUID is one of those screenplays that inspires saying so much while at the same time being extremely economical in word choice.

FilmMakers Magazine: Beside screenwriting what are you passionate about and why?

Chuck Griffith: I'm very passionate about filmmaking in every capacity, especially as a director. I'm very visual, so I enjoy traveling and seeing what's out there in the world. I have an education degree and used to be a teacher, so I volunteer a lot with kids and art.

FilmMakers Magazine: Who is your favorite Screenwriter and Why?

Chuck Griffith: Philip Roth. AMERICAN PASTORAL was one of the most moving books I ever read. In fact, thinking about that now I realize that the novel may have subconsciously been a template for some of WATERLOO. Roth is one of those narcissistic writers unafraid to write himself into his work as an alter-ego or someone he always wanted to be. While I'm not WATERLOO's Jarett, we share many qualities and is a different "me" that could have been.

FilmMakers Magazine: Name the director you would love to work with and why?

Chuck Griffith: Kathy Bates. I had the opportunity to shadow Kathy on her directing work for SIX FEET UNDER. Everyone respected her a great deal on the set and she knew everyone's name...down to the electrician. Her directing approach brings out an actor's best with the script, working efficiently under an intense TV shooting schedule. She allows her actors to explore and go off-script, filming all of it. When she catches the nuances in an actor's choice, she runs with it and gets the camera in tighter on it.

FilmMakers Magazine: Name the actor you would love to work with and why?

Chuck Griffith: Corbin Bernsen. I grew up watching LA Law on a small black and white Radio Shack TV given to me when I was eight. I would stay up past bedtime on Thursday nights in my bedroom and watch it under a blanket, so it wouldn't be too loud. Corbin was the cool lawyer, Arne Becker, who you always wanted to cheer on, even if a bit flawed. Corbin commands the screen in a way that keeps me watching. He's the archetype for WATERLOO's Thomas Stockard.

FilmMakers Magazine: Any tips and things learned along the way to pass on to others?

Chuck Griffith: Pay for coverage and submit it often. The only way to get better is peer review and constant feedback. Friends reading your work is too insular because they know you. Soliciting professional feedback and getting detailed notes pays off.

FilmMakers Magazine: What's next for you?

Chuck Griffith: My short film, NO WOMAN'S FACE REMEMBER, is wrapping up a world tour at several festivals this year in Cannes at the Short Films Corner. After that, I'm hoping to write a feature screenplay idea I've been developing for a couple of years. I'm eagerly trying to obtain representation and open to possibilities in getting back into the industry.

FilmMakers Magazine: Where do you see yourself in five years from now?

Chuck Griffith: I hope I'm on my way to being a show runner or at least a head writer for a binge-worthy TV series.