In 2009, Mark Grisar participated in one of CineStory's "fly-on-the-wall" sessions at their annual screenwriting retreat. He sat in a chair and pitched a movie idea to a group of producers, a story about a rapper who switches to "easy listening" music after a failed publicity stunt turns into a near-death experience, and then pretended to leave the room, allowing the producers to discuss his film and pitch candidly as if he wasn't there. During the conversation, one of the producers said, "I think I can set that up."

"And all of a sudden, the room just hushed," Grisar said. "It was something that typically does not happen in a situation like that."

Grisar, an optometrist-turned-screenwriter, saw his opportunity and went for it. A year later, the same producer optioned his script and attached another well-known producer to the project. "It's one of those things that's the right time, right place, right person, and the right pitch," Grisar said. 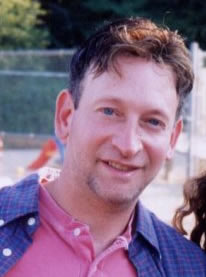 Grisar, a multiple-award winning screenwriter, has won, placed or showed in many contests. Twenty-seven of them in fact. However, he has found most of these competitions overrated. The cash awards and multiples copies of screenwriting software packages are nice, as is the pat-on-the-back validation that comes with winning, but these competitions have not really helped build his screenwriting career.

The one exception is CineStory.

"CineStory was the first contest that put you in a community with other people that share your own frustrations and your own desires," Grisar said. "It's a way of speaking with and putting a face on other people that do the same thing that you do."

Created in 1995 and based in Idyllwild, California, CineStory is a nonprofit organization dedicated to educating, encouraging and supporting screenwriters. It consists of film industry professionals who volunteer to work with screenwriters through retreats, fellowships and conservatory classes. CineStory aims to help screenwriters achieve the highest levels of creativity by instructing them in the basics of screenwriting and by maintaining an active community of writers and supportive film experts.

CineStory is largely known for its annual screenwriting awards, where the grand prize winner receives a CineStory Fellowship. The fellowship includes a $2500 cash award, a one-year mentorship with two industry professionals, several magazine and screenwriting software subscriptions, and free tuition, meals and board at CineStory's annual retreat.

When he read about CineStory on moviebytes.com, Grisar recognized that CineStory's contest was unique. He liked that the retreat was outside of Los Angeles, in a quiet area with no distractions. He liked that you would be given one-on-one time with film professionals who were dedicated to helping you. And he liked that it was a nice mixing of good writers who shared the same goals.

"It's a great thing to immerse yourself in a community and meet people who do what you do," Grisar said. "My goal was to improve my craft, and [CineStory] seemed like something that was different."

Grisar took his script Love & Happiness, a film-noir that had been in and out of option several times, submitted it to CineStory, and was selected to attend the retreat as a finalist. The retreat not only brought life to his script Bad Rap, but it also introduced him to a one-of-a-kind community of screenwriters and industry professionals. "This selfless kind of community doesn't exist anywhere else," Grisar said.

Grisar grew up in Brooklyn, New York wanting to be a screenwriter, having written several scripts in high school and college. But an aspiration for a more steady and profitable career led him to pursue optometry. "I decided to take a little detour, and it wasn't necessarily the right decision, but it was the decision I made," Grisar said.

Then about 15 years ago, Grisar realized optometry wasn't enough anymore. "It's a living, and I don't have to be dependent on writing, which is fortunate," Grisar said. "But I would love to be dependent on writing. I figured at this point I'm not really happy doing [optometry], and I really should do what I wanted to do. Fortunately, my wife was very supportive, and she gave me a room with a door on it, and I just started [writing]."

His first script, Balancing Act, was an experiment in romantic comedy, his first and only "chick-flick". It won two awards and landed him his first agent.

Inspired, Grisar tried several other genres, including comedy and drama thriller. His film noir story, Love & Happiness, was optioned several times, including once in Australia, but when nothing came of it, he submitted it to CineStory.

At the retreat, Grisar participated in three 90-minute one-on-one sessions with CineStory mentors, where attendees discuss everything from the script or scripts they submitted to the competition to how to begin their writing careers. He also partook in interactive sessions with panels of 3-4 mentors that cover topics such as pitching like a pro to the state of filmmaking in the digital age. Grisar also gathered for meals, drinks, film screenings and other special events with mentors and other writers.

"From the moment you get there to the moment you leave, you are bombarded with ideas, and your brain is constantly working," Grisar said. "It's mentally exhausting, but that's a good thing."

Grisar especially enjoyed the fireside chats, informal gatherings where participants sit around the fireplace and talk about different subjects. And of course, he had the rare opportunity of securing an option for one of his films through a fly-on-the-wall session.

The best part of CineStory though for Grisar was the camaraderie. "It was noncompetitive and smart people who were there for the same purpose," Grisar said. "Everyone was kind of supporting everybody else." Grisar enjoyed the retreat so much, that he went back in 2010.

"The quality of mentors this past year was really quite phenomenal," Grisar said. His mentors included an A-level screenwriter and the head of development of Imagine Pictures, Ron Howard's company. "To have a blocked out amount of time with these people is not something you're going to get at any other festival."

Since CineStory, Grisar is closer to seeing his scripts become films than ever before. Bad Rap is currently under option by StoreFront Pictures, and his script for CineStory, Love & Happiness, has been acquired by Goldcrest Features and is currently in pre-production with filming expected to commence before the end of the year.

Grisar is also working on producing a third script through his own production banner, Over My Wife's Dead Body Productions, LLC, as a micro-budget digital feature. Grisar created his fledgling company in order to bring to life some of his screenplays that have not made it past the Hollywood gatekeepers. The name was inspired by his wife.

"As supportive as my wife could be, when it comes to the fact that I would help finance the film myself, that's the kind of reaction I'm going to get," Grisar said laughing.

Grisar remains involved with CineStory today. He has served as a first-round judge and was truly impressed by the caliber of work. "The quality of the material [I read] was really quite good," Grisar said. "If you place in [CineStory's] contest, you really know what you're doing. I believe the quality of scripts is really a step above most contests."

He has also organized a cyber writers group where screenwriters who have attended CineStory in the past can share scripts and seek advice from other members. "Whatever I can do for [CineStory], I would like to do, because I feel these people really have their hearts in the right place," Grisar said.

As a fellow screenwriter, Grisar feels his best advice for other writers is to not let writer's block stand in the way.

"I think the best thing to do is not be afraid to write something really awful," Grisar said. "Getting something down on paper like that is always valuable, because you can always go back and make it better." He also recommends patience when writer's block strikes. "You can't sit down and force yourself to come up with ideas. Sometimes that's the way inspiration happens," Grisar said. "It just kind of comes to you, almost like it was meant to be."

Grisar has had a lot of close calls with his scripts, but CineStory is helping those close calls become successful ventures. Yet the most beneficial part of CineStory's retreat for Grisar is that it provided him with a way to connect with other people, who like himself, "have come out of their room with a door".

"[CineStory] is really a one-of-a-kind experience. I recommend it to anyone who takes writing seriously that is fortunate enough to be able to go there," Grisar said. "You feel like a writer when you're amongst writers."


About the author: Maureen Fox received Bachelor of Arts degrees in English and communications-journalism from California State University, Fullerton (CSUF) in spring 2010 and is currently a graduate student in English at CSUF. Along with her academic work, Maureen writes as a freelancer for various organizations and maintains her own travel blog, www.openroadtraveler.blogspot.com, which provides travel advice to young adults. You can reach Maureen at mfox@csu.fullerton.edu.