This festival is the first of its kind to put the spotlight on film comedies by women. Its goals are to raise the profile of female-generated humor, to give recognition and support to the women making it, and to be a locus of networking and community building.

All writing must be done by a woman or women. The screenplays must be submitted in a hard copy in standard industry format. Feature length scripts must be under 120 pages. The genre of all screenplays must be in some way comedic. Cross-genres are welcome so long as humor is a major part of the script.

Our rules now allow for both hard copy and online submissions through withoutabox or pdf attachments for those who submit directly to the festival in all categories except the 10-page screenplay challenge.

The top five (5) screenplays will be recognized, with awards TBA.

An interview with screenwriter Anne Kruse regarding the Broad Humor Writing Competition. 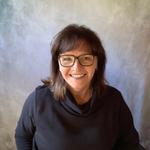 Anne Kruse
Q: What's the title of the script you entered in this contest, and what's it about?

A: I actually entered 3 scripts in 3 different categories and won for best short for CITIZEN ROSE and was a finalist for my feature script, ONCE UPON THIS PLAYGROUND and a finalist for my sitcom pilot, RILEY'S VILLAGE. It was a VERY productive event for me, yes? CITIZEN ROSE is a dark comedy about a floppy hat wearing grandma who loves her bingo...to death. Check out an excerpt on Winningscripts. ONCE UPON THIS PLAYGROUND is a comedy about an ungrateful but gifted volleyball player who travels back to high school 1977, when it wasn't cool to be a sporty chick, and loses all her gifts. RILEY'S VILLAGE is a sitcom with the premise of 2 gay couples raising a child, Riley behind the orange curtain of conservative Orange County, CA. (hint to Bravo's "Real Wives of Orange County"- I've got 2 couples for you, one female and one male)

A: The Broad Humor Film Festival is focused on female comedy writers. They're motto, "Women write. Women direct. Everybody Laughs." I'm not a soap box stander but this contest provides a stage for the under-represented female comedy writers and film makers. It's a showcase for chicks but it still has balls. Since graduating from the UCLA School of Theatre Film and Television's screenwriting program these 3 scripts have been entered in many competitions and they've collectively amassed 23 acknowledgements ranging from winning to quarterfinalist. Contests include: CINESTORY, SCRIPTAPALOOZA, PEOPLE'S PILOT, PAGE INTERNATIONAL, NYC MIDNIGHT MADNESS, GIMME CREDIT, AMERICAN ACCOLADES, AN ABBREVIATED SCREENWRITING COMPETITION, WRITEMOVIES, and more, and counting.

A: The process of pulling off a film festival is something only the brave of heart attempt to do. This competition was not only a screenwriting competition but a 3 day film festival held in Venice, CA. I attended the film festival which was an award in and of itself. One of the unique qualities of the competition is that they have staged readings of excerpts from the finalist's scripts. Susan DiRende, the director of the film festival called in a ringer of an actress, Linda Porter to play the 80-something Citizen Rose. That was the biggest award or GIFT I could have received. Seeing my words come to life by an actress who took great pride in her work and acted the part to perfection, including the floppy hat was so rewarding.

A: When I'm a finalist in 3 categories there's a certain amount of feedback that is assumed: They didn't suck! Seriously, this competition is unique in that it has the staged readings, which allows feedback from the actors reading the pages, and from the audience and fellow writers in attendance. That is real life feedback which is absolutely the best form of feedback available. And, the feedback I received by watching Linda Porter bring Rose to life put her first in line for casting the part if/when I get CITIZEN ROSE produced.

A: Any time I have success in a contest I use it to market myself. I will continue to use CITIZEN ROSE as a writing sample, post it on Moviebytes, Inktip etc to get someone interested in producing the piece. I will continue to market all three scripts, and the others I've written to secure representation with the eventual goal of getting writing assignments.

A: I'm a forty-something ex-career counselor who made it over the wall of the corporate cubicle prison system to finally pursue the dream of being a paid writer. I'm a second generation Southern Californian born in Los Angeles and raised in Orange County. I write full time with my concentration being on feature film but also make ends meet by writing grants for school districts, non-fiction write-for-hire, and corporate speeches. To date I've written 4 features, 4 shorts, 1 sitcom pilot, and a spec of "Will & Grace"(rest its soul)

A: I live in Fullerton, California 10 minutes from Disneyland and just 45 minutes south of the Writer's Guild office on Fairfax, which I think is still considered within the Holy Land. I have no plans to move up the freeway because I'm still geographically desirable to any agents, producers, actors, or studio representatives who may want to have a meeting.

A: I need to have meetings. I will continue to believe that securing representation and financial support are on their way. I'm currently working on a coming of age comedy called "HUNTER'S PARADISE" about 3 gals who work in an amusement park shooting gallery who decide to keep a kid instead of returning him to lost and found.

Writing is what I do. I will not give up or go away. I will have the persistence of a fungal infection. I will continue to show up when others shy away. I will get my voice heard. My goal is to write comedy with a heart and make audiences laugh and come away from a movie experience knowing themselves a little better. I will always sit down and tell the truth. I will not be intimidated by the blank page. I can say it, I'm a writer! I chose this path above all others, and believe me being a career counselor I know ALL the options. This one fits! I'm in. Now if I could just convince the Powers That Be to push the door wide open...hey, I'll take a 3 inch crack.