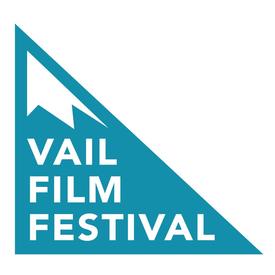 The Colorado Film Institute launched the Vail Film Festival Screenplay Competition in order to find and foster the next generation of the film world's most innovative and creative screenwriters. With the realization that every great film needs a great story, the festival is dedicated to supporting talented screenwriters by utilizing the resources of the Vail Film Festival to foster the winning screenwriters through networking opportunities, and film industry access.

An interview with screenwriter Nancy Sanders regarding the Vail Film Festival Writing Competition.

A: Poe's Second Chance won first place in the 2008 feature screenplay competition. It is about a producer of a hit tv show about "past lives" who is planning her exit strategy from the broadcast when a mysterious man calling himself Edgar Allan Poe appears as a contestant, and throws her world into turmoil.

A: I spend time in Vail and had heard good things about the film festival, so it seemed a natural one to enter! The script also placed in the Second Round of the Austin Film Festival, as Finalist in Moondance, and Semifinalist in Women in Film/NY-More Magazine screenplay competitions.

A: I was very satisfied with the contest in Vail. They came through on all that was promised, including a reading by actors during the film festival.

A: I was given a lot of compliments that is for sure, but most importantly, I heard the script read for the first time by actors and that was the best feedback I could have received. I could tell what areas needed improvement.

A: Yes, I was contacted by a producer who asked for an exclusive to pitch for a few months (didn't work out, but it was a great effort.) and I now have a manager in L.A. as a result of the festival. So yes, the festival made a difference!

A: I have written several feature scripts...Virginia Gentlemen, Weight of an Anchor, Exit Strategy...formerly named INSIDE OUTING, Beastie Bridesmaids, and Chisel Me. All of these have placed high in the usual competitions.

Also I wrote a short film script, Nail Talk, and a sitcom pilot, GOOD & EVIE, which was a finalist several years ago in the Scriptapalooza contest and one of Bette Midler's executives top choices, when she was looking at sitcoms many years ago...and picked the wrong one, obviously!

A: Don't live there, but would like to! If I had enough interest say, in the sitcom, then I would probably need to have a home there.

A: Yes, I have two projects I am planning as we speak. Both are comedies since I think they will play better with audiences than dramas in the economic downturn..which may last a few years! I have noticed that every movie I have gone to see lately has been packed with people. My father told me that during the depression, that is all he saved his money for--to go see movies. Even when he was starving. True story!