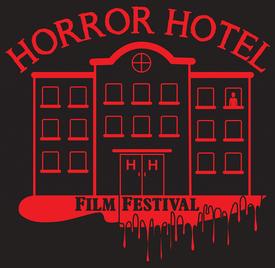 The International Horror Hotel fosters creativity within genre writers and filmmakers, providing a platform for them to share their work and gain recognition. Our main focus is in connecting those working within the horror (and sub-genre) community, helping them to expand their network and gain contacts to strengthen their work.

PLEASE READ ALL RULES BEFORE SUBMITTING!

When submitting your project, please select only ONE genre on your registration form. If you are unsure of which genre to choose, send us an e-mail to inquire.

GENRES for shorts and features are:

There are no restrictions as to when your script was completed or where it has been released. Anyone may enter the competition. All entries must receive an average score of 85 or above in the judging process to qualify for award placement.

Please note, if your project qualifies for an award, you or a direct representative from your project must be in attendance at the festival in order to receive any physical awards. Non-attending winners will be e-mailed award certificates after the event.

All submissions - whether accepted or not - come with ONE complimentary 4-day event pass to the festival (June 3-6). Any additional passes must be purchased in advance or at the door.

You may withdraw your submission at any time, but there are no refunds on submissions.

By submitting this script, you acknowledge that it is your own original work and you are authorized to submit it to competition.

The individual or corporation submitting this script shall indemnify and hold harmless Horror Hotel from and against any and all claims, liabilities, losses, damages, and expenses (including but not limited to attorney's fees, and costs of the court) which may be incurred by reason of any claim involving copyright, trademark, credits and publicity.

Awards up to 4th place in each category, as well as honorable mentions. Awards to attending winners include trophies, plaques and certificates. Championship belt to overall best script winner.

An interview with screenwriter Kenneth Bogar regarding the Horror Hotel Writing Competition.

William and Curtis, best friends, 12 years old, are assaulted on their way home from school. Dragged along for a night of revenge that goes horribly wrong, they end up on the run from dozens of "Bloods" gangsters. Their only sanctuary is the Deacon tenement building, now abandoned and rumored to be haunted. Trapped inside with an ex-con and a psychopath, all of them must struggle for their lives against the danger outside, a nightmare inside... and each other.

A: I wanted to see how it would fare against screenplays of the same genre. This was my first contest entry. I won Best Horror Feature Screenplay and Best Horror Script.

A: I was very satisfied and impressed with the Horror Hotel convention as well as the administration of the contest. They met their deadlines and I received a trophy plus free software as promised.

A: I wrote an extensive outline to plan out every setup and every scary moment. It took me 3 months to write and only 2 drafts.

A: I used Final Draft which I've been using for years. I just started using Movie Outline (my award from Horror Hotel) and so far it works nicely.

A: I don't get a chance to write every day in the beginning stages of an idea, but once the basic plot and characters have been formed, I'm writing almost constantly until completion.

A: My problem used to be writing and re-writing at the same time and that would cause me to get stuck especially in Act 2. Now I avoid writer's block with "word vomit". I just write anything and everything that will get me through until I reach the end, then I go back and re-write until I have a dratf that I'm satisfied with.

A: So far, I've written 5 screenplays, an episode of a TV sitcom and several short stories. I have a short horror story sample published on Wattpad.com and am presently writing an urban horror anthology.

A: I live in new Jersey for now. No plans at present to move to Los Angeles unless an opportunity presented itself that made the move necessary.

A: Once my anthology is done I plan to continue writing urban horror scripts. I feel that urban settings are an untapped and underused resource of good horror material.