To assist the aspiring screenwriter in realizing his/her dream of becoming a professional screenwriter. To eliminate industry chokepoints that stifle creativity and impede screenplay access to managers,agents & producers.

An interview with screenwriter Carlton Witherell regarding the Writers Place Writing Competition. 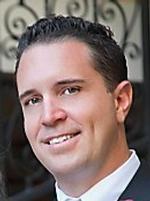 Carlton Witherell
Q: What's the title of the script you entered in this contest, and what's it about?

A: The title is SOLECKS.

While St. Louis detective Chayton Solecks investigates a series of gruesome murders, he begins to suspect the killers may be people very close to him.

A: I entered SOLECKS into The Writers Place Screenwriting Competition because of their promise to employ all of their talent and experience to garner the necessary agent and/or production company exposure for the screenplay.

I have entered SOLECKS in other competitions, but The Writers Place is the first one to conclude for me this year. I am hoping to hear good feedback for SOLECKS this fall in other contests.

A: Very satisfied with the administration of the contest. They met all their deadlines. I was notified only last week, so there really hasn't been much time for them to send me the rewards. I also spoke to Mr. Fischer over the phone and he was very courteous and even gave me a bit of advice!

A: I estimate it took me six months to feel SOLECKS was ready to be sent out to screenplay contests.

I never use an outline. I come up with a premise and then let the characters shape the story as I write. All of the stories I have written never end up concluding the way I inititally thought they might.

I usually write two drafts, then break down the screenplay scene by scene and edit each sentence, choosing each word very carefully.

A: I use Word. I've been using it so long I know the formatting without even thinking about it.

A: I may not be sitting in front of the computer every day, but I'm always "writing," whether it be in my head while I'm walking my dogs, cooking dinner or driving home from work. I'm always thinking about a particular scene and how I could improve the dialogue or action and then let it simmer until I get the chance to get it all into Word.

A: I hate the term "writer's block" because it's cringeworthy and so negative. There have been many times when I've been "stuck" in a scene and it can be very scary because there's no guarantee you'll come up with the answer. But it's like anything else in life, when you come up against a problem, you must persevere and work through it until a solution presents itself. I find I'm able to get to a solution when I'm most relaxed, like listening to my headphones while I'm walking my dogs, or sometimes I'll think about the problem while I'm falling asleep and when I wake up in the morning suddenly an idea will flash in my mind that sometimes leads to the solution. You just need to put in the time and believe in yourself that you can overcome being "stuck" in a scene.

A: I majored in Film/Video at Emerson College and graduated with honors. I worked in Hollywood on several 35mm films as a 2nd AC, grip and boom operator. I also have hundreds of hours of experience working with non-linear Avid systems and Final Cut Pro. I just completed my fifth screenplay entitled SKIPTRACER.

A: I currently live a half hour from Disney World. My professional goal is to direct the screenplays I write. So if a major production company tells me I need to move to Los Angeles for the job you better believe I'll be on a plane that night.

A: I just finished a screenplay entitled SKIPTRACER and I'm already working on the first act of my sixth screenplay.