An interview with screenwriter Maria Hammarblad regarding the Wildsound Writing Competition. 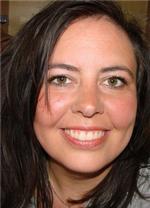 Maria Hammarblad
Q: What's the title of the script you entered in this contest, and what's it about?

A: My screenplay is called Undercover, and it is about Alexei Roshenko, a Russian agent wanting to free himself from his sordid past to live a normal life with the love of his life: all-American girl Jenny Moore. That's easier said than done, and they are soon on the run from intelligence agencies on both sides.

A: A friend on LinkedIn told me about the contest, and when I researched it the prizes sounded so much fun that I wanted to enter. You can't pass up a chance to get professional feedback on anything you do, and getting a script read by actors is a phenomenal prize.

I haven't entered any other contests with Undercover. I've thought about it, but not gotten around to it.

A: Oh yes, they are fantastic. Above and beyond what I expected. There are so many contests where you submit something, pay the fee, and never hear from them again. Wildsound aren't like that. I've submitted a screenplay before that didn't quite make it, and I got feedback with ideas for improvement much sooner than I expected. When it comes to Undercover they're still keeping in touch.

A: Undercover the screenplay is loosely based on my novel Undercover, so I had the general storyline clear before I started. There's a lot of tweaking to be done of course, to fit the pace of a movie. The first draft came together quickly, but I've gone through and edited it several times.

When writing screenplays I start with making notecards with important events. It's easy to rearrange them and check that the timing seems right. I keep an eye on them as a write, and they help me keep the rhythm. Without them I'd probably end up with a 90 minute Act I and a three minute Act III...

A: I've always used Celtx Script, but the new version for Mac doesn't agree with me, so for Undercover I used Adobe story.

Other kinds of writing software? I'm a compulsive writer so I write on everything. I write on tiny pieces of paper, my phone, computers, napkins, whatever's within reach.

For screenwriting specifically, I only use Celtx and Adobe Story.

A: Yes, I write every day, but not all of it is fiction. I run a writing business, so I normally type away from early morning until late night, writing copy for all sorts of clients.

It's tricky to balance writing for a living with writing for pleasure, but I strive to set aside a few hours for novels and screenplays. I'm seasonal when it comes to writing fiction; I work very hard during fall, winter, and spring, and accomplish near to nothing during summers.

A: Sometimes the imaginary people in my head stop talking to me. They usually get going again if I change environment. Going for a walk works great. Sometimes I just need to go to another room, or grab my laptop and go outside. I wrote a lot of Undercover the novel sitting in my car watching the ocean.

A: I have written a few other screenplays and a couple of minibibles for children's shows, but nothing in the same genre as Undercover. I have a science fiction script on the shelf called Kidnapped that won a couple of awards in 2012, and I want to tweak it and send it to Wildsound. Time permitting...

A: No... I'm Swedish originally and live in Florida right now. I don't think I'd be happy in a really big city like Los Angeles. I know I'm supposed to live there to have a screenwriting career, but I don't see it happening.

A: I'm about half way through a script about an alien invasion of Earth. Right now it's summer, not my best time for writing, but I will probably have it ready to present before the end of the year. The beginning is too long. It needs some ferocious use of the delete key. :-)