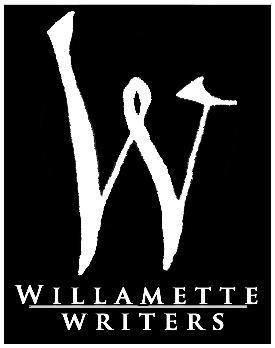 The purpose of this annual writing contest, named in honor of Willamette Writer's founder, Kay Snow, is to help writers reach professional goals in writing. Kay Snow Screenplay Writing contest is one of seven Kay Snow categories to support a broad array of writers and to encourage student writers.

Awards: Bonus Prize 2017: Winners of the first three prizes in Screenplay Writing will have the option of having dinner with Producer/Writer/A.D. Scott Myers at the Willamette Writers Conference to discuss their screenplays.

An interview with screenwriter Teresa Bishop regarding the Kay Snow Writing Competition.

A: "Legend of the Raven" took first place in the 2003 Kay Snow. Here's the short pitch:

According to Native American legend, ravens can travel into the spirit world and bring souls back from the dead...

He's written off love - won't be a fool twice. She's devoted to the memory of her dead husband - as if somehow her love could bring him back. They survive a terrible blizzard only to realize it was more than fate that brought them together.

A: I chose the Kay Snow because it's judged by experienced professional screenwriters and writers of the highest integrity. I entered "Legend of the Raven" in several other competitions that same year, receiving recognition at Austin, Writer's Network, and in the Write Movies contest.

A: Absolutely. This is an extremely well run competition. Cash prizes and honors were handed out at the awards ceremony.

A: Feedback was given in person and was very complimentary.

A: It definitely has helped generate interest when pitching. I've received numerous requests for the script by agents, managers and producers. Prior to winning the Kay Snow, it wasn't so easy to sell them on the idea of a supernatural romance. Although "Ghost" certainly did well for itself.

A: I'm a former Cynthia Whitcomb student. She's an amazingly gifted writer and instructor. If you can't attend her classes, I highly recommend her screenwriting books!

"Legend of the Raven" was my first screenplay and won a management contract for me. In the two years since, I've written three more features - a coming of age drama and two thrillers.

A: No. I live in the beautiful state of Washington. Actually, the Portland area. My plans are to stay put. There's a growing community of successful screenwriters here, including people like Mike Rich who don't mind the occasional PDX to LAX commute. The networking is a bit trickier - you really have to make the effort - but I believe lifestyle greatly influence creativity. I'm where I need to be.