To recognize excellence in screenwriting of shorts and features in a wide variety of genres.

PLEASE READ ALL RULES BEFORE SUBMITTING!

When submitting your project, please e-mail us with your project information and genre selection at Kristina@WorldEOnline.com. This must be received by e-mail to ensure your submission goes into the proper judging category. Please note that we may, in our own discretion, move your project into a different genre if we feel it is a better fit for that genre. This does not happen often, but we want to ensure your project is in the right category. However, we still need your selected genre e-mailed to us. Please select only ONE.

There are NO restrictions as to when your script was completed or where it has been released. Anyone may enter the competition. All entries must receive an average score of 90 or above in the judging process to qualify for award placement.

Please note, if your project qualifies for an award, you or a direct representative from your project must be in attendance at the festival in order to receive any physical awards. Non-attending winners will be e-mailed award certificates after the event.

All submissions - whether accepted or not - come with ONE complimentary 4-day event pass to the festival. Any additional passes must be purchased in advance or at the door.

You may withdraw your submission at any time, but there are no refunds on submissions.

Projects must receive a score of 90 or above to qualify for award placement. Awards up to 4th place in each category, as well as honorable mentions. Awards to attending winners include trophies, plaques, and certificates. Grand champion belt to best overall script. Additional sponsored awards for 2020 TBA.

An interview with screenwriter Robert Heske regarding the Indie Gathering Writing Competition. 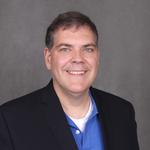 Robert Heske
Q: What's the title of the script you entered in this contest, and what's it about?

A: The script is called BLOOD RELATIVE and it won the "suspense/thriller" shorts category. It's basically a serial-killer-thriller with a dash of the supernatural and a tangled web of mystery, macabre and murder involving the three main characters.

The logline is: On the anniversary of her twin’s brutal murder, a woman meets a psychic stranger with a deadly intuition. Will terror strike twice?

It's a longer "short" than most I've written - 39 pages. But, the good news is that the bones of the story are there - so it can easily be adapted to a MOW or feature format.

A: I saw The Indie Gathering listed on Without-A-Box. I liked the fact that it had many script categories and that it catered to a wide range of talent: writers, producers, actors, musicians ... even stunt professionals. Plus, it's located in Cleveland - home of the Rock 'N Roll Hall of Fame and Drew Carey. The fact that it had trophies was pretty cool too.

This is the third contest that BLOOD RELATIVE has done well in. The script was a finalist in The Writers Place Shorts Contest and is currently a semi-finalist in PAGE International Screenwriting Awards (short films category).

A: They missed the deadline by one week - but that was due to the large number of entries. Otherwise, overall the contest was run very, very smoothly. (Not to mention the gentleman who runs The Indie Gathering is a martial arts legend so I would NEVER say anything bad about him!)

A: No verbal/written feedback was provided - or asked for. Winning first place in a highly competitive contest was positive feedback enough.

A: Actually, yes. I sent out an email to several producers who have requested to read my scripts in the past. I've already received 5 requests to read the script and it's only been one day since the script won.

A: I'm currently a freelance financial services writer by day and a closet screenwriter during lunch hour. I try to write at night too - but with the arrival of our new baby daughter (Carly Marie) on Memorial Day ... well, you can imagine!

As for my background, I have a certificate from Emerson College's Graduate Screenwriting Program and was a script reader for Scout Productions for two years. I've written 5 features and 13 shorts. I have optioned 8 scripts and my animation scripts are represented by Story Arts Management.

A: No. I am a die-hard Patriots and Red Sox fan who lives in central Massachusetts.

A: I have just finished three shorts, am producing an animated short with an international creative team, and am writing a comedy feature for Image Icon Entertainment. I am also in negotiation with a few producers to write features for them.

For anyone interested in finding out what scripts I have available, please visit my website at www.bobheske.com.