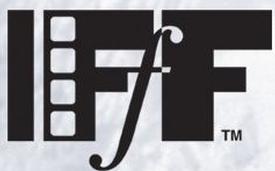 IFFF builds a peaceful global family through the discovery and sharing of quality stories by emerging artists and productions companies.

IFFF Mission: "To promote and encourage the creation and sharing of family films and screenplays through adjudication, exhibition and education. The IFFF brings the worldwide family together through shared stories and community to foster global peace and understanding."

No more thatn 120 pages, 2 printed copies sent to the IFFF office, and to follow the PG-13 guidelines.

Two Finalists in each category will have a scene performed by professional actors, followed by the Awards Ceremony and Reception.

An interview with screenwriter CarrieAnn Lee regarding the IFFF Writing Competition.

A: My script AN ELEPHANT IN THE CLOSET won the comedy category for this contest. It tells the tale of a little girl with a speech impediment that tries desperately to make new friends by telling stories to get them to come over to her house. Tired of the girl's storytelling and the consequences it brings, her father brings her to Sundy School, hoping it will cure her of lying. Instead, she learns about Jesus Christ and wants to get to know him. She sees a homeless man at the bus stop and invites him home to dinner -thinking he is the Christ. Her father is amused; her mother is furious. Comedy ensues . . . I also had two other stories in this competition that made it to the finals, NO MORE SPIDERS and LITTLE SISTERS AREN'T SO BAD.

A: AN ELEPHANT IN THE CLOSET is not only a fun story to read and/or imagine, but it is a touching one. It doesn't really fall into the "high concept" category and may not be appreciated by the PG 13 or R-rated movie making group. So, I always investigate a screenwriting contest before I enter (why throw away a $30-40 reader's fee). IFFF promotes not only children's films, but all-audience films. AN ELEPHANT IN THE CLOSET took third place in the Revolution Media contest and made the semi-finals in the Gimme Credit contest.

A: The wonderful people at IFFF came through in every department! They kept me up to date from the time I submitted untill the week of the festival. They responded to every question I emailed to them. Seldom have I received so much contact from a contest. They were great! The night of the awards, they not only gave a plaque to the winner, but one to the finalists also.

A: They didn't give feedback in writing, but talked to me about my writing at the festival. After the films there was a Q & A time with the film makers themselves, which was very helpful. A couple of the filmakers already knew who I was, because the good people at IFFF told them about my writing, which was so cool. I was pleasantly surprised when I went up to one of the filmakers afterward and introduced myself and he already knew who I was. Thanks IFFF!

A: Winning a contest always helps when sending off query letters. Some places request stories simply because of a "win." My local paper called and asked for an interview even before I got home LA.

A: I've written two features, FINAL AUDITION (2002 finalist Moondance) and MISS CHARLOTTE'S SECRETS(pending). One MOW "TWICE UPON A TIME."(2004 winner Moondance) I have also written seven shorts, which have all made it into the finals of 12 different contests. MARGERIE MUDD WAS CHOSEN, WAITING FOR MR GODFREY, LITTLE SISTERS AREN'T SO BAD, AN ELEPHANT IN THE CLOSET, NO MORE SPIDERS and RAG DOLL.

A: Sometimes I feel like I live there, but no, I'm still a Lakebay, WA girl.

A: Yes, I'm working on a new script somewhere between taking care of ten children, working at a hospital, and trying to keep my German Shephard from eating the neighbor's poodle.