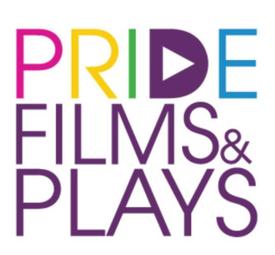 Pride Films and Plays' LezPlay Contest has Stage, Screenplay, and Shorts categories. We aspire to honor excellence in work written by women for film or stage with lesbian characters or themes.

The judges will name five finalists in both the Stage and Screenplay categories for full-length submissions, based on a scoring sheet found in the contest rules.

The top two scoring scripts in each category may be performed as staged readings during the LezPlay Weekend at the Hoover-Leppen Theater at Center On Halsted in Chicago. Authors will be invited to participate in up to ten hours of rehearsal with cast and director prior to the performance. Writers whose work is performed will receive $400 cash prize for Full Length Work, and $100 for shorts.

Seven writers have been selected as finalists in Pride Films and Plays' 2012 Women's Work Contest, which is for works for the stage or screen and written by women with lesbian characters or themes. The finalist's works include two full-length screenplays, two plays, one short screenplay, and two one-act plays. They will be performed as part of "Women's Work Weekend" July 26 - July 29. The performance schedule is as follows:

Here are the synopses and authors' biographies

When Jordan Davis - a businesswoman who specializes in product placement - can't get the attention of a woman she likes, she product places herself into the woman's life. When it works, Jordan must examine the ethics of her dating scheme...and her profession.

Jenny Hagel is a comedy writer in NYC. She has written for "Big Gay Sketch Show" (Logo), "Big Morning Buzz" (VH1) and is currently Head Writer of MTV's pop culture show "10 on Top." Prior to working in TV, Jenny performed with Second City.

The Spindle (stage play) by Carolyn Gage, Portland, ME

The Spindle is a children's theatre play for adults! As 13-year old Doko struggles to rescue her best friend the Princess Beauty from the curse that says she will be pricked by a spindle before her sixteenth birthday, the adults in the play grapple with the denial and superstition that hold the kingdom in a tyrant's thrall.

Carolyn Gage is a lesbian-feminist playwright, performer, director, and activist. The author of nine books on lesbian theatre and 65 plays, musicals, and one-woman shows, she specializes in non-traditional roles for women, especially those reclaiming famous lesbians whose stories have been distorted or erased from history.

In Mad Cow, cable newshound Lainie David is maligned by Senator Will Russitt, putting pressure on her lover, Roxanne. Lainie's assistant, Renee, loves her job - and Lainie. Russitt has big bucks and shadowy connections. Set amid Obama, health care, and the recession: what price, success?

Lynne S. Brandon has an MFA from Smith College. She trained with Sarah Ruhl, James Lecesne, and Arthur Giron. Her plays include She Doth Protest, Northampton Playwrights Lab; Bare Chested and Isosceles, Smith College; The Randomness of Nature, Playwrights Platform; At The Line, staged reading, Another Country Productions. She is a member of the Dramatists Guild and International Centre for Women Playwrights.

In Weekend Outing, a closeted, lesbian literary icon must finally choose between telling her New York Italian family who she truly is, or losing the love of her life.

Olivia Briggs is an award-winning screenwriter, playwright, and filmmaker. Her feature documentary, "The Workshop," about a community center's transformational children's theater program in Delaware County, New York, will be premiering this summer at The Art and Soul of the Catskills film festival. Olivia is currently completing a Master of Fine Arts Degree in dramatic writing at NYU Tisch School of the Arts.

In Jilted: A Love Story, Julie and Alice have commitment issues. When neither of them shows up at the church on their wedding day, their best friends are forced to pick up the pieces. We follow them as they attend their friends' weddings with different companions, who seem oddly familiar. In the end, we find them back at their own wedding, "bound" in matrimony.

A Chicago native, Ilene Fischer graduated from the Players' Workshop of the Second City and high school in the same year. Her stage play Girl Hopping, a comedy about lesbians in West Hollywood (with folk music!), debuted last year in Cambridge, MA. She has written scripts for the video portions of college-level language textbooks and her feature script, Shiva, placed in the top 20% of the prestigious Nicholl Fellowship competition.

Into The Blue (stage play) by Kari Morris, Sunnyside, NY

Mia has moved to a snow-stranded house to finally find some peace. Her ex-girlfriend' s ghost has moved there first, and peace is the last thing on her mind.

Thin Eggshell Syndrome is a one-act play about a March morning when a grieving couple waits for the migratory return of the osprey to Horseshoe Bend on the St. Mary's River for the nesting season.

Trish Cole is a tomboy poet and playwright whose work has been produced in New York, Chicago, Seattle, and regionally in Maryland. She is the recent recipient of the MCTF Excellence in Original Script Award for her play Butterfly.