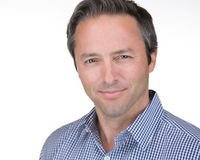 Judd Payne has produced or executive produced over fifteen film and television projects including 2012’s hit comedy Bernie, among many others. He also came up with the logline for the latest iteration of the Industry Insider Screenwriting Contest:

With the most violent hurricane in recorded history heading straight for Manhattan, a rookie NYC detective is the only hope to bring down a group of international criminals who have planned the perfect heist.

HollywoodIQ: Judd, you came up with the logline for this iteration of the contest, but going forward, what role will you play in the competition? Will you participate in the judging?

Judd Payne: It's my understanding The Industry Insider Competition advisors will read the initial rounds of submissions, and then I will be intimately involved with the finalists. As it's early, I'm not sure what the numbers will be, but I'm excited to read a batch of new voices.

HIQ: Once a winner is selected, who will own the script based on your idea? Do you plan to produce or market the screenplay?

It is not my intent to take ownership when I simply came up with a logline. The screenwriters will make it their own and bring the concept to life with their own characters, plots, etc. However, I would be thrilled to collaborate with anyone who develops a story/idea I'm passionate about and excited to produce. I'm always looking for great material.

HIQ: What drew you to participate in the Industry Insider Competition? Have you been involved with any other contests?

The Industry Insider Competition asked me if I would be interested, and I'm always happy to help anyone breaking into the industry whether it's writers, actors, directors, producers or students who aren't quite sure what they want to do in the business yet. We all needed help getting our foot in the door. I have not been involved with screenplay contests, but I've been on many screenwriting panels over the years and participated in countless pitch contests.

HIQ: As an insider, do you think that screenwriting contests are a good way for a new writer to break into the industry? Are there any contests to which you pay particular attention when looking for writers or material?

It is not my intent to take ownership when I simply came up with a logline.

Getting your screenplay read is always helpful, so contests are a great way for writers to receive feedback and have their writing judged outside of their inner circle. It can only help them get better, whether they advance in the competition or not. Any feedback, is good feedback. The Nicholl Fellowships is one to watch every year. The industry is all over the finalists, so there's huge exposure to the right people. Though not a competition, any screenplay that makes it into Sundance Screenwriting Lab is going to get noticed. And now the Blacklist has become a huge honor.

For me these contests are more about finding a voice who you know will break out with a bigger or more produceable idea. You know good writing when you read it and these contests are a great way to find new voices more than your next movie. Though I would love to find my next movie here!

HIQ: If you could impart one piece of wisdom to aspiring screenwriters, what would it be?

I ran production and development for Wind Dancer Films and David McFadzean -- who was one of the principals and co-creator of Home Improvement among many other projects in both film and TV -- said it best. He often spoke on panels and workshops, and when a new writer would ask him to read a script, he would say which one of your five should i read? If they haven't at least written five screenplays, he wasn't interested. As a writer himself, it takes time and practice to get better. I completely agree with him. The best advice I can give is to keep writing new scripts and new ideas. You can always go back to those first few scripts and make them better as you get better. There's something to be said about practicing your craft. Of course there's always the exception, but it's extremely rare. Keep writing!