Word Whore:
A Treatise on the Art of Adapting the Written Word 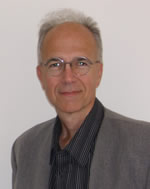 My name is David Santo and I'm a screenwriter in Michigan loaded with cool scripts and a pocket full of sunshine. I've recently written and published my own comic book and wrote a feature length script based on the same character. Or did I write the movie script first then come up with the comic book? I can't remember anymore. All the rewrites bleed together like this really long sentence you're reading right now until it's one giant thought in my head that hurts - like I'm being pelted with beer cans full of adjectives from 3 drunk English teachers that just flipped a car over and set it on fire for fun.

Now whether you're adapting your writing from a novel into a screenplay or a poem into video game you bump into all kinds of problems. And I will get to a 12 point checklist on that in a sec but first we need a story to use as an example. 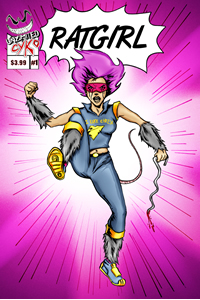 "Rat Girl" is an action story about a pet store manager in Detroit named PJ who gets turned into a sexy but dangerous human-animal hybrid then battles a villain who wants to exploit her mutant abilities for his own personal gain. So we're talking about a female superhero here.

Now you must know one very important thing about adapting your story into other genres or formats - it's a lot of work. But that's not really the problem. Adapting it and following orders is. Agents, producers, directors, actors: everyone knows how your story should go better than you.

And they will tell you what to do.

And you must make the changes they want or you're fired.

Even if they're not paying you - you must change your story at their whim or they won't work with you again. So by adapting your story you join a shameful group with an unsavory title.

And if that makes you queasy then pull your pants up because while you were reading this a producer already had them down to your knees and you didn't realize it.

Nobody I know likes to read scripts. Most people hate reading, period. And they hate reading screenplays even more. What could be more boring than reading a description of a movie? And it's not even a very good description because good screenplays don't contain acting or direction (you know, the good stuff?) because it pisses off the people who do those things. Actors and directors don't like being told how to do their job so if you include that stuff in your script they throw it in the trash.

But a comic book or graphic novel?

At comic cons, they hold my comic book like a coveted chalice and say things to me like; "What up, boyo? You is official! I love this!" Then they shake my hand and ask for an autograph. Comic books and graphic novels are freaking cool. And if you don't feel the vibe then me trying to explain it will only make things worse. 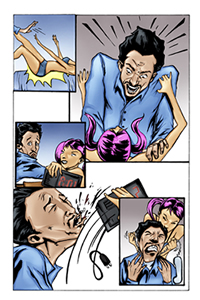 Now there are basically 2 different formats for writing a comic book: "outline" and "full" style. I prefer full because the artists I know are dependent on my input to draw. If I don't describe (as best as possible) what's going on they're not sure what to do. But know this - nobody is going to read your comic book script so it doesn't matter what style you select - just pick one and get started.

Then rewrite it for weeks and weeks. Then set it aside for a week. Then come back to it with fresh eyes and rewrite it again. And if you think all this rewriting is overkill then you're not a writer. EX: I wanted my book to be a real page turner so I made sure every single page ended with a question; that way you had to turn the page to get the answer. Now most of the time it was a question in the dialogue but continuing action from page to page is like a question begging to be answered and is even better.

So after you write your book you must make your book (because no one will read it otherwise) which means you need to hire pencilers, inkers, colorists, letterers. Then when it's finally done you pay a printer to print it. After this is done somebody might actually read your book. And they may also want to see a screenplay. Then you get to adapt it.

Screenwriting is a peculiar form of writing. The words sit on the page in a very unusual fashion. Now there's a good reason for this but that's a discussion for another time. If you want to adapt your short story or novel or comic book into a screenplay Final Draft is a popular screenwriting software. And if you're not sure how to actually write a screenplay then may I suggest you read Essentials of Screenwriting by Professor Richard Walter.

I've been screenwriting for 12 years and it's tricky. In other mediums - say a novel - you can discuss the nuanced thought process of eating a cookie and how it evokes all kinds of childhood memories then ramble on further about exactly what this means to you and why you think it's important. But if you take this same scene and put it on-screen all you see is some dude eating a cookie.

So writing for the screen means these core items must be present when you adapt your story. And here's that 12 point checklist I promised you earlier. Ready?

1. Know what your story is about. This sounds so blatantly obvious as to be stupid. But how many times have you asked someone about a movie they just saw and they prattle on in some incoherent fashion: this happened - that happened - this happened - no wait - this happened first -and on and on. It's never clear what the point is. Well, a lot of screenwriters write that way and don't realize it.

2. Make sure you know who the star is (because the camera follows the money - star money).

3. Make sure your hero has an external goal to accomplish - you know, something you can shoot with a camera or draw or make with CGI.

4 - 11. And there's lots of other stuff, too: plot, character, theme, setting, action, dialogue, point of view, the world where the story takes place...I got 3 pages of this stuff and I use a checklist so I don't forget anything. And these are the things that all stories share.

BEFORE THE FINAL CURTAIN

If you're adapting your story and moving into different platforms get ready for a bumpy ride. My friendly advice is to focus on everything I just said like you're a cat watching a bird. And you're just a Word Whore so deal with it. And if you succeed, maybe one day, you'll write something semi-snappy about the whole experience like...

1. They tried to kill my idea.

If you'd like to learn a little more about me just go to http://screenwriterguy4hire.wordpress.com.

When love drives up on Holloween night you've got to be open to anything.

Mild mannered Rose lives by the simple rule: never come between a woman, her dog, and her bingo.

When ex-con Harry is rejected by the entire on-line dating scene he thinks it's because of his inordinate amount of body hair.

Trashman, Dewey Binder's sheltered world splits wide open when the dysfunctions and sexual missteps of an eco-vigilante family seduce him away from his life long dreams and into a quandary over the true meaning of ''family''.

A farmer's choice to use government subsidies for the wrong reasons results in the wool being pulled over his eyes.

Ronald's forgetfulness lands him and his girlfriend in a strawberry field dealing with a situation that pops up challenging his ability to protect both of them.

In the old West, a young and hopeful man's announcement can certainly rock his girlfriend's boat.

ONCE UPON THIS PLAYGROUND

A portal back to high school, 1972 thrusts a sexy, spoiled volleyball star into old-school, gender-splitting times where she accidentally ruins history and must piece it back together in her own creative way to find her way back home.

Twenty years from now, an FBI agent patrols the social media This pilot Streamer has it all.