Submit a TV SPEC SCREENPLAY or ORIGINAL TV PILOT (monthly deadlines) and get the chance to see your script read out loud at our Screenplay Festival using professional actors. Shown online on the YouTube channel that garners 1000s of views. CLICK the website link for examples of past winners.

A great way to get your words out there and obtain the Agent you're looking for or just get your script seen by more people.

Submit an original TV PILOT or a TV SPEC script from an existing show.

At least 20 winners a year who get their television screenplay performed at the Monthly Festival. Your script gets seen by the right people. ALL submissions receive full feedback from industry professionals. See USER COMMENTS section on reactions of our past winners and what it has done for their screenplay and careers.

An interview with screenwriter Jessica Seguin regarding the Wildsound/TV Writing Competition. 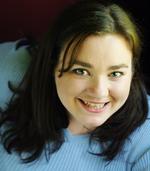 Jessica Seguin
Q: What's the title of the script you entered in this contest, and what's it about?

A: "The Pure" It's a post-apocalyptic drama in which Quin and his mismatched semi-super being family struggle to contend with the dangers of their environment and INFORCE, a domineering world government with an agenda of their own. At its' heart, "The Pure" is about people and how they try, in spite of everything, to make the world they have a better one in which to live.

A: The main reason I entered this contest was because they offer feedback on all submitted scripts.

So far, this is the only contest I have entered with "The Pure."

Wildsound gave my script a reading, which qualifies me as a winner, so I guess I did pretty well.

A: Yes, very satisfied. The feedback I received was bang on and helped me sort through the problems I was having with it and ultimately made my piece a much stronger story. They were great with deadlines and came through with everything promised.

A: Complicated question. I got the vague idea for the script about four years ago and it has morphed and changed considerably since then. I think it was only about a year or so ago that I actually created anything like a cohesive script. The script I submitted to the contest was probably a week or two of actual writing time for the initial draft.

As for an outline, I knew where I was headed and the major marks I wanted to hit, but I didn't have a point by point plan I was following. That same sort-of-a-plan-but-letting-it-unfold theory is going for the future episodes on my mind as well.

I'm currently on draft number seven. There haven't been any massive changes since draft four - just lines and little clarifications, anything to get a little closer to approaching greatness.

A: Nothing fancy, just a generic run-of-the-mill word documents. And a fair amount of time devoted to reading scripts to make sure my formatting is nice and standard.

A: A resounding yes. How many hours depends on what project I'm on, what stage it is at, how excited I am by it, and what else is going on in my world.

A: More, writer's stall, than actual block. Usually, I just have to sort through whatever the problem is in the back of my mind, so I go and do something else - make tea, go for a run, cook or bake, even watch or read something - anything to stop me thinking directly about what exactly has me stalled. This ambush tactic has been an effective cure so far.

A: I come from a theatre background, which is what I studied at university. I'm a graduate of the University of Toronto and Sheridan College's joint Theatre & Drama Studies program. On top of my acting courses, I took courses in playwrighting and dramaturgy. My program had a lot focus on the importance of making your own work as actors, hence why I developed and embraced my writer side. While there I wrote and produced two plays. "The Cousins of Corsica," which is part parody part homage to Shakespeare's comedies written in iambic pentameter and rhyming couplets, premiered at the University of Toronto Drama Festival in 2007 and had a second production later that year at the Toronto Fringe Festival. "The Man with the Leek in His Cap," a piece of Canadiana that tells of the story of fictitious Canadian pirate Captain Daffyd ap Griffith, also premiered at the U of T Drama Festival and was shortlisted for the Robertson Davies Playwrighting Award. I am fairly new to the world of screen and television writing. "The Pure" is my first go at television writing. My second screenplay "Thrown" (about a grief stricken university professor and the lost former grad student of his recently deceased wife decide to go on an epic cross country canoe trip in her memory and find each other along the way) will be receiving an honourable mention at the Canada International Film Festival this March.

A: No, I currently live in Stratford, Ontario, Canada.

At the moment, I have no plans to move to Los Angeles. Should a reason to move there come up, I'd certainly consider it.

A: Next up for me is my play "Pickled Heart" premiering at SpringWorks indie theatre & arts festival in May 2014. It's a new fairy tale with a different kind of happily ever after about orphaned siblings Sean and Maggie who must battle their differences, their disbelief, Death on their heels, and a lack of vital organs in order to save each other. I'm also continuing to write more episodes for "The Pure" in my rare spare hours between midnight and dawn.