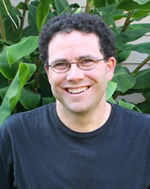 As the 2009 grand prize winner of CineStory's annual screenwriting competition, Louis Rosenberg found himself seated at the organization's annual retreat with all of the volunteer industry professionals and mentors at once. In one large, private session, Rosenberg received numerous tips and advice about his writing and screenwriting career.

"You end up with all the mentors in a room, all with different opinions who can argue amongst themselves about various theories and points," Rosenberg said. "For anyone who wins the contest, that's a super great thing."

Rosenberg never expected to be sitting in that room. He was a scientist who, despite having enthusiasm for screenwriting, pursued a career in technology. But when an invention of his helped support the computer animation craze and connected him back with film, he realized his passion and changed professions.

Since his switch from science to screenwriting, Rosenberg has worked on a number of short films, several feature-length movies, and a television pilot. He has also won over 15 major screenwriting awards, including several international honors.

Of all the awards and contests he has won, CineStory stands out as the most personal.

"CineStory is a very unique thing. At CineStory, you actually go to a retreat and you'll meet people, you'll meet the judges, you'll have an actual experience," Rosenberg said. "Whereas some of these other contests, even the really big named ones, the prize is cash, and that's much more impersonal."

"CineStory's folks have cultivated a group of people who just really care," Rosenberg said. "They really want to build the careers of emerging screenwriters. And it shows."

Based in Los Angeles and Idyllwild, California, CineStory is a nonprofit organization that has been dedicated to educating and supporting screenwriters since 1995 by providing them with opportunities to work with devoted industry professionals. These professionals volunteer to work with screenwriters through retreats, small conferences, and conservatory courses. CineStory aims to help screenwriters achieve the highest levels of creativity by instructing them in the basics of screenwriting, by fostering writers' authentic visions and independent voices, and by maintaining an active community of writers and supportive film experts.

CineStory is best known for its annual screenwriting awards, where the grand prize winner receives a CineStory Fellowship that includes a $2500 cash award, a one-year mentorship with two industry professionals, several magazine and screenwriting software subscriptions, and free tuition, meals and board at CineStory's annual four-day retreat.

During CineStory's retreat, attendees receive three 90-minute one-on-one sessions with mentors to discuss their projects and careers, participate in informal interactive sessions with panels of 2-3 mentors to gain insight into the film industry and examine career strategies, and attend special events such as meals and film screenings.

Rosenberg wrote his first film Upgrade, a science-fiction movie that draws on his technological background and interests, for CineStory's contest. "It definitely connects my past interests with real robots to a fictional interest in what the future could be like," Rosenberg said. Upgrade not only won CineStory's grand prize, but it also helped him get a manager and agents.

"I really had no idea what [CineStory] was, but it seemed like a cool thing, and so I sent my script to it and I was lucky enough that my script won," Rosenberg said. "And it was a really great experience. I'm glad I stumbled upon it."

A New York native, Rosenberg has always had a passion for technology and science fiction. But he couldn't decide between fiction and reality; that is, whether to pursue a career in writing or one in science. "I realized that I was most excited about really cool ideas and various aspects of getting them to work," Rosenberg said. So he chose the reality route and attended Stanford University, where he ended up with a PhD in robotics.

Yet Rosenberg's education and technological background brought him back to fiction and writing anyway. Rosenberg helped invent a 3D digitizer, which is essentially a photocopier for three-dimensional objects. The device scans a physical object and creates a 3D model of it in a computer. "The first people who started using it were filmmakers, because they would make a character out of clay and then digitize the clay object," Rosenberg said. "What we created was a really good tool for [movies]."

One example is DreamWorks, whose artists used the 3D digitizer to create Shrek and Ice Age. Since then, numerous movies and commercials have used Rosenberg's invention to create their projects.

"We hadn't expected that the film industry would be our biggest customer," Rosenberg said. He and his partners had created the 3D digitizer as a general purpose device for any business. But his love of robotics still managed to connect him with movies. "It's kind of an interesting twist of how my technological career actually got me into film," Rosenberg said.

As Rosenberg watched his digitizer help make movies, his love for fiction was renewed. "I was kind of jealous of the people who got to do content," Rosenberg said. "We created this piece of technology that sits behind the scenes in movies, and I was thinking, man, I would much rather do the content, the actual story. I realized that I would prefer the fiction route."

So Rosenberg went back to school and completed the professional screenwriting program at University of California, Los Angeles (UCLA). "That was how I really learned the craft of screenwriting, and I started from scratch of meeting people in the industry," he said. Since then, Rosenberg has focused on screenwriting. "Now I do fictional robots and not real robots."

Rosenberg came across CineStory's contest as he began his new career, and he was thrilled to win the grand prize. "It's great to have people like what you write."

But the most useful part of the retreat for Rosenberg was getting to meet and work with all of the mentors. "With CineStory, the thing that you win, which is so different from anything else, is that you get mentors for a year, which was just an amazing prize," he said. "They know you're new to this field and are just genuinely helpful in giving you their real-world perspective, stuff that you're not going to learn in school. I also met people who were just really fun, interesting people, and that was great too."

He also appreciated the feedback on how to promote and market a script to actors. The producers who read his winning script advised him on how actors read scripts and assess roles to determine if a particular role is appealing to them. "It was about salesmanship, how you are strategic in having a script appeal to really big actors," Rosenberg said. "And that's a really different way of looking at a screenplay, from the perspective of a producer, rather than just about story and audience."

But the greatest benefit of CineStory was his mentors. Even though his one-year fellowship is up, Rosenberg remains in close contact with his mentors and continues to work on projects with them. One of these projects is Lab Rats, a half-hour short film produced by CineStory mentor Amy Salko Robertson, which will be premiering in film festivals in March. Another is Monkey Room, a feature-length film that has been optioned by CineStory mentor and former Paramount executive Monica Chuo. "There are lots of people whom I met at CineStory that I work with on a weekly basis," Rosenberg said. "Lots of really great professional relationships came out of [the retreat]."

Since CineStory, Rosenberg has many projects in different stages. Besides Lab Rats and Monkey Room, he has also written Rum Runners, winner of a Best Screenplay award at the Rhode Island International Film Festival, and Carbon Dating, a sci-fi romantic comedy about computer-controlled social lives. Upgrade is currently being produced by Hollywood veteran Mark Williams, whose company has produced acclaimed films such as The Cooler and Flawless.

He is also producing some of his other projects and is, naturally, always writing more.

Rosenberg's advice for other screenwriters is to be aware and accept that screenwriting is a drawn-out procedure. "That's just how it's supposed to be," Rosenberg said. "Go into it knowing it's going to be a long, slow process and enjoy the process."

He also recommends that screenwriters write what they know. "I like to write all kinds of stuff, so it doesn't have to be science-fiction, but that's been one of my focused areas," Rosenberg said. "I've worked in those types of settings…in academic research labs, in military research labs… and that helps me imagine something for a screenplay. It leverages my technical background."

And of course, screenwriters need to work hard. "I put a lot of time into [my writing]," Rosenberg said. "There's no substitution for just putting in a lot of time."

Rosenberg's journey into screenwriting has been long and complex, full of twists and surprises. But he has loved every minute of it, and with the support of CineStory and its mentors, Rosenberg continues to learn and succeed in the film industry.

"CineStory was really a great thing," Rosenberg said. "I had no idea what to expect, but it was really much better than I would have ever guessed."