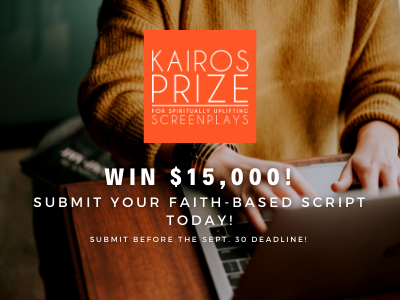 The 8th annual HollyShorts Screenplay Contest has announced their Finalist Selections for 2021. Top 3 screenplays will be announced/awarded at the HollyShorts Awards Ceremony and the winning scripts receive production deals courtesy of The Seattle Film Summit and 88th Street Productions. [Updated: 09/17/2021]

CineStory has named Laila Ujayli and Zaina Ujayli as their 2021 joint Feature Fellowship winners. Their Fellowship-winning script, FOUR FLOORS IN RAQQA, based on a true story, is about a headstrong woman who braves bombs and execution in ISIS-occupied Raqqa to protect her neighborhood and the home she built with her siblings. [Updated: 09/16/2021]

The Page International Screenwriting Awards has announced their 2021 finalists in each of their ten Genre Categories. [Updated: 09/15/2021]

Abilene by David Keith Holloway has been named the Best Screenplay Winner for the August 2021 Wiki Screenplay Contest. Vanity by Susan Cain was named Best TV Pilot, and A New Conversation by Rob Sheely was named Best Short Script. [Updated: 09/11/2021]

Amy Tebo's Getting Rid of Sid has been named the Grand Prize Winner of the 2021 Scriptapalooza Screenwriting Competition. [Updated: 09/01/2021]

Strays by Robert Wooldridge has been named the Grand Prize Winner of the 2021 Emerging Screenwriters Genre Competition from among more than 4500 submissions. [Updated: 08/31/2021]

Blue World by Alexandra Leopold has been named the overall winner of the Filmmatic Short Screenplay Awards. [Updated: 08/30/2021]

Coverage Ink has announced the writers and scripts given "considers" during this year's Get Repped Now Screenwriting Competition. There were almost 750 submissions to this year's competition. [Updated: 08/23/2021]

Semifinalists have been announced for the HollyShorts Film Festival Short Screenplay Competition. [Updated: 08/22/2021]